What are the negative emotions that affect trading ?

I am very sure that we all call them Negative emotions…Fear, Greed, Revenge, Hatred, Anger, Jealousy, Superstition.

Because they are Negative…Wow I’m really good at this Guru business. Now you know they are negative emotions, you can just stop having them anymore. My job is done. Yeah…

If only it were that simple, I’m sure we all would. But we are human and part of being human means that we have emotions. And unless you are in fact an alien like Spock, you will make most of your decisions emotionally and back them up with logic. Think about it, when you buy new boots or a new t-shirt, phone, car or whatever. Do you buy it because it looks good, smells good, tastes good, sounds good or because it makes you FEEL good ? In fact, all those answers relate back to how it makes you feel, if you use the “why is that important question ?” A favourite of any great coach. 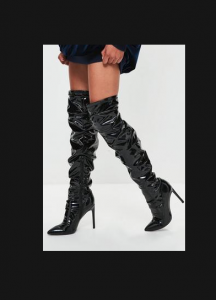 Wife: “Why not ?”
“Babe…I’m trying to evaluate your decision-making process. What caught your eye ?
What made you buy those boots and not the one’s next to them ?”
“There wasn’t any boots next to my boots.”…Seriously this is my life, she likes to be unhelpful.
“Ok. Near, there must have been other boots near the boots you bought”
“Yes”
“I’m going to divorce you in a minute”
“They were ugly. My boots have style and I love the colour.”…Love is an emotion.
“And why is that important to you ?”
“I feel good when I wear my boots.”…Boom. Change boots to watch, suit, favourite shoes, shirt, shorts the list is endless.

And the problem a lot of us have is that buying stuff, for a long time, has been the only time we really make a decision. So that becomes our default program when making decisions, we like what we see, hear, taste or smell. We know that it will make us feel good, we make the decision. Maybe good for purchasing shoes, not so good for trading. (See How do we make our Trading Decisions?)

We can’t stop having emotions and not all emotions are bad. Obvious when you think about it, you can’t have a negative emotion unless there was a positive emotion, you would have nothing to compare it against. But even the good emotions can be bad for trading…Confused ?…No…

Good, as Traders you need to be emotionless. That doesn’t mean you have an excuse why you don’t cuddle your partner or take them out on a date. You need to be Emotionless when Trading. Before we move on let’s make sure we all understand what I mean by trading. The term Trading covers several processes that require several different States of Mind, all of which need to be addressed in an emotionless way.

Tracking phase…looking for your setup, Activity..placing the trade, Observation phase…there are two types of observation phase precise and bird’s eye view, from here we move into activity phase 2 to close the trade. All these topics are covered in Daily Traders Tasks.

So to repeat when I say trading, it involves all of these tasks. Trading is not just placing the trade. It’s all the steps that go with it. And your emotions will be different at each different stage.

You may feel excited and happy when you see your favourite signal, then confident after you place the trade. These emotions could evolve into apprehension (a fear emotion) as your trade starts to go against you.

This could then lead into relief as your trade finally goes your way. Ending with Anger as a sudden news announcement causes the market to whipsaw your stop and then carry on in your direction, causing you to have a losing trade. Often leading to you spending the rest of the day or week angry at the market…

That is a rollercoaster way to trade and unless you have a good Stress Management System in place, you may even be causing your body real harm. Another Topic another day…

If this sounds anything like you, then you know for real the strain this puts on you and those around you. I for one had many a cross word with my wife and daughter over nothing, about nothing, purely because I was angry at the market and myself.

They would do something really awful… like speaking, which would make me explode and shout. Point fingers, slam doors and scream at the top of my voice. And then the anger slowly edged away, leaving behind the feelings of guilt and confusion. “Why am I shouting at the ones I love most.”

The secret is to control your emotions, not let your emotions control you. Trade without emotion, trade mindfully, trade like a robot. They all mean the same. This is called EQ and is very important if you want to be a Successful Trader. This is your trading edge, if you can master your emotions…I can almost guarantee you will become an Elite Trader.

So what do we need to master:

Then we have over trading, a sure Sign of Greed, you don’t want to miss out on any profits. Or you really, really don’t want to miss out on profits, so you try to ride the trade to the very last pip. Only for your trade to reverse quickly, so you lose a lot of your profits. Risking too much with the dream of rich rewards and quick profits, this kind of over leveraging of your account is a sure fire way to destruction of said account which is also done through Greed.

Which leaves Revenge. if any of you have ever tried this option against the market…This usually occurs after you perceive the market to be going after your stops, the very next trade is a revenge trade that doesn’t follow your rules, you get in too late or there was no setup at all. Either way there is only one winner, and it isn’t you.

You see this one a lot especially in Forums, Facebook groups and the like. A scorned trader who blames everyone but himself, some of the trolling I’ve witnessed is nothing short of poison. And the silliest thing about it is that Hatred Poisons the hater far more than the person they are aiming their hate at. When you lay blame externally you lose control, you lose the ability to learn from the event or situation.

Anger is different from hatred in the way that you can be angry at someone or something you’ve never spoken to before. You can have anger at the market, your broker, the market makers. Which usually festers for a while before you erupt. There is now science behind the claims that Anger is a disease.

This one creeps up on you, well it did on me. I would meet Traders who were successful that started learning long after I did. And the green eyed monster would just take over, and I would ignore or avoid them. Which was really stupid because they were great people who would have helped me had I asked.

I will admit I have never met any trader who has admitted to having a superstition when it comes to trading, but my old mentor told me of a few he met. One would only trade between the hours of one and two on Mondays, Wednesdays and Fridays. Which really restricted his trading opportunities. Leading to stress and a failed marriage. The other had lucky pants, which was fine until the washing machine destroyed them…

Any one of those negative emotions will take you down as a trader, if you have more than one then you are in serious trouble. You have got to learn to let go. It is only an emotion, it is not who you are. But if you try and suppress the emotion it will come back later tenfold. You need to feel the emotion and then release the emotion, then continue in the correct state of mind for the Trading Task in hand. Which is what we teach at Special FX Academy…

To Your Consistently Profitable Trading

P.S. What did you think of this Lesson? Please share it with us in the comments below!

Co-Founder and Trading Psychologist at Special FX Academy
Trading Psychology Coach and Certified NLP Coach. It is my belief that trading is 99% Psychological. And it is by understanding and improving your psychology, that you can be a successful trader. Success is a formula that everyone can and should learn.

[…] Negative Emotions and their Destructive Nature to your Trading Decisions… […]

[…] the western world is doing these days… Waiting to die, barely existing. All wrapped up in their negative emotions. Barely seeing, never mind feeling any positive […]

[…] fought raging battles with “Anger”, my FX Broker. As he went after my stops, over the highs of the Alps. He would go within pips of […]

Why Backtesting is key to Successful Trading - Special FX Academy

[…] will also be affected by your negative emotions these will have a slightly different outcome depending on the emotion and the situation. Lets say […]

[…] Step 1 we learnt about your emotions, both positive and negative. And how they will greatly affect your trading. Step 2 was to understand how you make your trading […]

[…] it becomes easy for us to allow our emotions to take control. This can be either positive or negative emotions both can allow us to be distracted and side tracked often preferring it to the task at […]

[…] is happening on the 1hr chart. Which then means you don’t feel like you’re missing out (Fear Emotion). If you don’t see it, you can’t have the […]